Pigeons are the most common bird species found in the urban environment and their population is constantly increasing due to the lack of natural enemies and the abundance of food available in urban centers. Their presence creates many problems and risks.

The concentration of a large number of pigeons in urban centers creates a multitude of problems not only of aesthetic nature but mainly of hygienic nature as they pose a threat to public health. Especially their droppings cause outbreaks of infection.

Pigeons, also known as "flying rats" as the Londoners call them, are classified as “urban pests", along with mice and cockroaches. They are carriers of parasites (bedbugs, ticks, lice, blood-sucking mites, etc.) and pathogenic microorganisms and can transmit diseases such as encephalitis, salmonella, histoplasmosis, lung disease, etc. They can also cause considerable damage to marble and metal surfaces, balconies, window sills, roofs etc. because of the erosion caused by their droppings. They make their nests in spots not exposed to the weather (roof tiles, signs, under balconies, under panels, in ventilation units, etc.) and they are particularly difficult to remove once installed. Their presence in ventilation systems is particularly dangerous because these facilitate the transmission of contaminants inside buildings.

For the control of pigeons Biologiki uses advanced and modern bird deterring methods that do not interfere with the aesthetics of the site and are safe for the birds, not causing them injury.

CALL FOR OFFERSEND FORM FOR OFFER 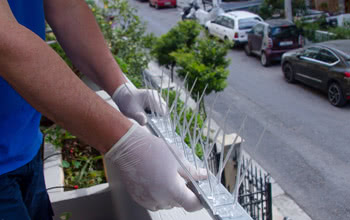 This is the most common bird deterrent method and is suitable for window sills, roofs, railings, over outdoor air conditioning units etc. They are used on surfaces where pigeons land and where we don’t want them to create permanent nests. They are available with specially treated polycarbonate material for greater resistance to sunlight (UV). We choose the appropriate spike model, according to the specific needs of the space. 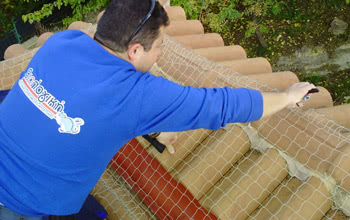 Suitable mainly for large spaces such as Balconies, Skylights etc., it prevents birds from entering. It is resistant to sunlight. Its color is neutral so that it blends in and does not interfere with the aesthetics of the space. 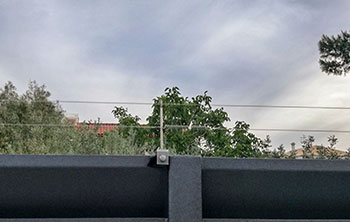 A discreet solution for pigeon deterrence that does not interfere with the aesthetics of the space, ideal for rails, signs, boards and generally places where pigeons sit. 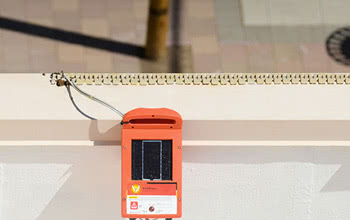 A plastic, transparent rail with 2 wires. This system creates a barrier for the bird, so that it avoids coming near areas protected by it. This system uses low voltage direct current. 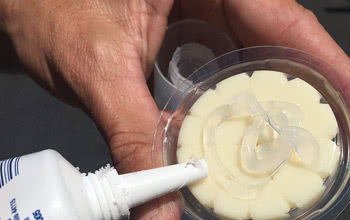 Visual bird deterrent in gel form. Deters all birds by creating the illusion of fire. Contains a special composition of edible natural oils that do not affect or harm birds, humans and building materials. It is especially effective and acts naturally, without harming birds or the environment. 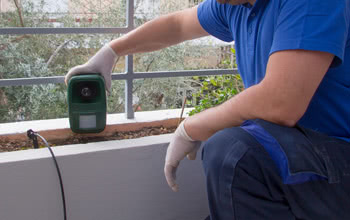 The audio deterrent device mimics the sounds of predator birds and deters pigeons. It comes with a motion detection system, volume and mute-period control and adjustable noise-switching control. The device switches between sounds so that birds don’t get used to them.